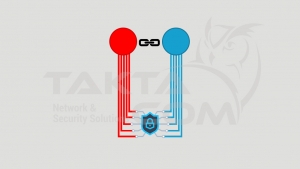 Red teams are focused on penetration testing of different systems and their levels of security programs. They are there to detect, prevent and eliminate vulnerabilities.

A red team imitates real-world attacks that can hit a company or an organization, and they perform all the necessary steps that attackers would use. By assuming the role of an attacker, they show organizations what could be backdoors or exploitable vulnerabilities that pose a threat to their cybersecurity.

A common practice is to hire someone outside the organization for red teaming — someone equipped with the knowledge to exploit security vulnerabilities, but unaware of the defenses built into the organization’s infrastructure.

The techniques a red team uses vary from standard phishing attempts aimed at employees and social engineering to impersonating employees with the goal of obtaining admin access. To be truly effective, red teams need to know all the tactics, techniques and procedures an attacker would use.

Red teams offer critical benefits, including a better understanding of possible data exploitation and the prevention of future breaches. By simulating cyber attacks and network security threats, companies make sure their security is up to par with the proper defenses in place.

A blue team is similar to a red team in that it also assesses network security and identifies any possible vulnerabilities.

But what makes a blue team different is that once a red team imitates an attacker and attacks with characteristic tactics and techniques, a blue team is there to find ways to defend, change and re-group defense mechanisms to make incident response much stronger.

Like a red team, a blue team needs to be aware of the same malicious tactics, techniques and procedures in order to build response strategies around them. And blue team activity isn’t exclusive to attacks. They’re continuously involved to strengthen the entire digital security infrastructure, using software like an IDS (intrusion detection system) that provides them with an ongoing analysis of unusual and suspicious activity.

Some of the steps a blue team incorporates are:

Do I need a red or blue team for my company?

We ran a poll on Twitter asking our followers which one they thought was more important, the Red team or the Blue team, and which one companies needed more. The answers rolled up quickly. At the start people were indecisive, and despite its being a tight race, we eventually saw the red team take the win.

It’s understandable why people would choose the Red team, with statistics based on who are our followers are and the nature of their careers. There is always a lighthearted “animosity” between red and blue teams, so asking different groups of people would probably give us different answers. One thing we’re glad about — nobody was on to our little trick!

The truth is, there is no red team without the blue team, or vice versa.

It was not in our intention to trick anyone, but it was a trick question! The real answer to the question is: Both.

There is no “red team is better than blue,” no benefit to picking sides or investing in only one. The important thing is remembering that the goal of both sides is to prevent cyber crimes.

The characteristics of red teams and blue teams are as different as the techniques they use. This will provide you more insight into the purpose and roles these two teams play. You’ll also better understand if your own skills fit into these cybersecurity job descriptions, helping you choose the right road.

Get into the mind of an attacker and be as creative as they can be.

1. Think outside the box

The main characteristic of a red team is thinking outside the box; constantly finding new tools and techniques to better protect company security. Being a red team bears a level of rebellion as it is a taboo—you’re going against rules and legality while following white hat techniques and showing people the flaws in their systems have. These aren’t things everyone likes.

Having deep knowledge of computer systems, protocols and libraries and known methodologies will give you a clearer road to success.

It’s crucial for a red team to possess an understanding of all systems and follow trends in technology. Having knowledge of servers and databases will allow you more options in finding ways to discover their vulnerabilities.

The benefits of knowing how to develop your own tools are substantial. Writing software comes with a lot of practise and continuous learning, so the skill set obtained with it will help any red team perform the best offense tactics possible.

Penetration testing is the simulation of an attack on computer and network systems that helps assess security. It identifies vulnerabilities and any potential threats to provide a full risk assessment. Penetration testing is an essential part of red teams and is part of their “standard” procedures. It’s also used regularly by white hats; in fact, a red team adopts many tools that ethical hackers use.

While performing security audits of any organization, the manipulation of people into performing actions that may lead to the exposure of sensitive data is important, since human error is one of the most frequent reasons for data breaches and leaks.

You’ll have to cover backdoors and vulnerabilities most people don’t even know about.

Someone who plays more ‘by the book’ and with tried and trusted methods is more fitting as a blue team member. An extraordinarily detail-oriented mindset is needed to prevent leaving gaps in a company’s security infrastructure.

When assessing the security of a company or an organization, you will need to create a risk or threat profile. A good threat profile contains all data that can include potential threat attackers and real-life threat scenarios, thorough preparation for any future attacks by working on fronts that may be weak. Make use of OSINT and all publicly available data, and check out OSINT tools that can help you gather data about your target.

To be truly prepared for any attack or breach, technical hardening techniques of all systems need to occur, reducing the attack surface hackers may exploit. Absolutely necessary is hardening of the DNS, as it is one of the most overlooked in hardening policies. You can follow our tips to prevent DNS attacks to reduce the attack surface even more.

Be familiar with software applications that allow tracking of the network for any unusual and possibly malicious activity. Following all network traffic, packet filtering, existing firewalls and such will provide a better grip on all activity in the company’s systems.

SIEM, or Security Information and Event Management, is a software that offers real-time analysis of security events. It collects data from external sources with its ability to perform analysis of data based on a specific criteria.